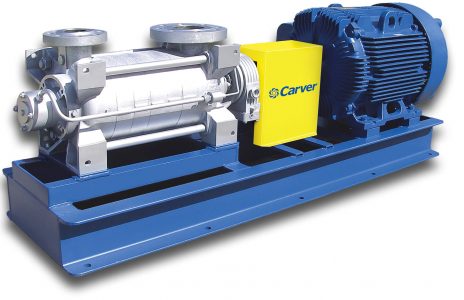 The Ignoring of Technological Advancements by Engineering in the Pump Business

I have the utmost respect for engineers and their profession. But when it comes to their reluctance and avoidance of utilizing new technologies in the pumping business, I just don’t get it. Why is new technology ignored?

Why — is that old school way of doing business is easy. They have taken the information and specifications that have been given to them by someone my age who took the information from someone their age and essentially this goes back to 1970 when these guys were regarded as the greatest engineers of all time. And they probably were for their time.

I have no idea.

The fact is the failure rate is less than 1% and of that 1% all have been due to user error.

The reality is that most engineers don’t know pump systems.

These systems are not something that they learned in their degree programs at college. I am happy to teach about pumps. Call me at 93-632-8036, if you would like to learn. I can teach you in your office, I can teach you at my company building in Hackensack, NJ. I can teach you the simplicity of these variable speed drives.

I don’t care if you are filling a tank or keeping constant pressure on a building or pumping out a tank that holds rainwater. The same drive will work. The transducers will change. Hudson Yards Tower A needs 600 pounds of pressure in the basement to reach the top with 40 pounds on the roof. That was during the construction which is a critical time period for any building and if water goes down during construction, you are only stopping let’s say 900 people from working everyday. I had a contract for Number 1 World Trade Center, commonly known as the Freedom Tower. My contract was to supply constant pressure during the construction for 4 years. How did I do this — through variable speed drives and transducers. If done correctly, these systems are extremely reliable.

Callaghan Pump and Controls, Inc. produces its own variable speed drive pump systems using Yaskawa Drives. These reliable systems will serve your pumping needs utilizing the technological advancements that have been ignored. If you have a system that is kept dry, which we aim for by placing our drives in control panel enclosures and placing the cooling fins which are heat syncs and the fans outside of the control panel and building a cover with vents over top of that. If you have a drive failure within the first two years of operation, I will replace the drive. Call me at 973-632-8036. 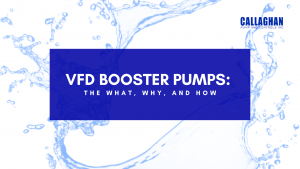 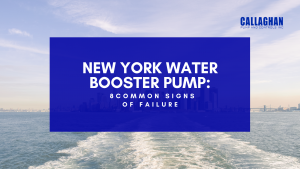 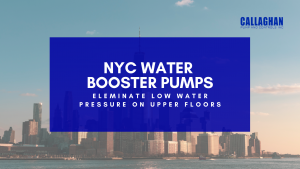 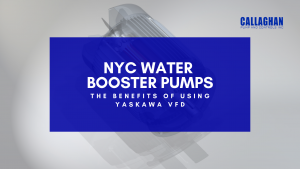 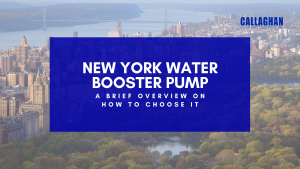 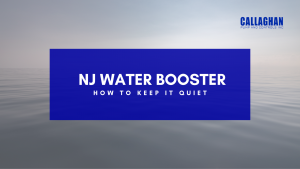 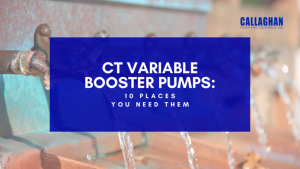 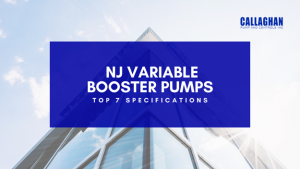 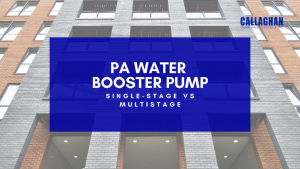